MAASTRICHT, March 20th 2017 – Last week I attended the symposium ‘Drawing Instruments, or: how to calibrate an artist.’ The day was organised by the Research Centre for Arts, Autonomy and Public Sphere (Zuyd Hogeschool) in collaboration with Dear Hunter’s Institute of Calibration and took place in a breezy studio on the third floor of the Maastricht Academy of Fine Arts and Design. Here we (the 15 or so participants whose backgrounds ranged from journalism and philosophy to interior architecture and design) found ourselves surrounded by a plethora of Grecian-style busts and life-size anatomical sculptures and were, upon arrival, presented with a large drawing table, atop which multiple, variously sized sketch pads and black felt tip pens were spread. 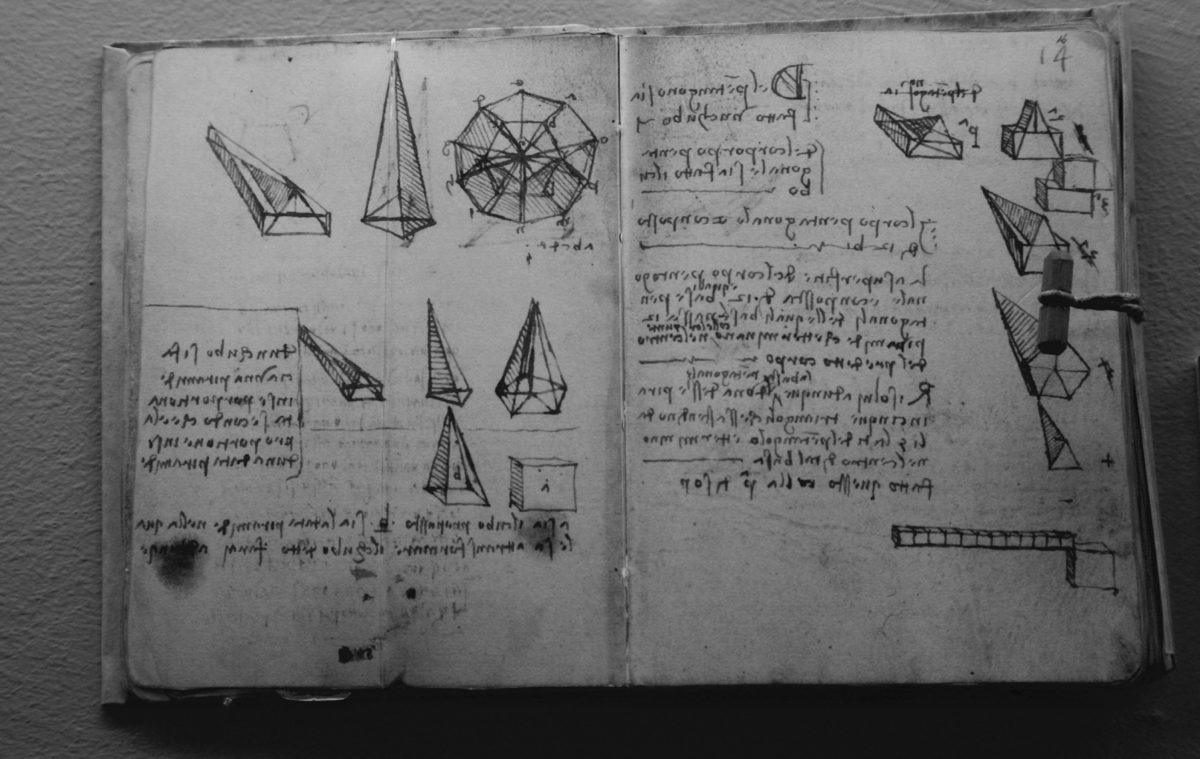 As the day began our first speaker, Dear Hunter’s Remy Kroese, informed us that Dear Hunter and the Institute of Calibration ‘approach artistic research practice as a space in which the artist develops a methodology of her own’—that is, the artist acts as the instrument of research. The programme, it was explained, would therefore engage with the following (amongst other) questions: ‘How is an artist-as-instrument made sensitive? What kinds of embodied, aesthetic, intimate, sensory ways of knowing are developed? And, how does the artist-as-instrument become attuned or calibrated?

The event was organised as a ‘hands-on working session’ in which thinking-through-making was paramount (hence the sketch pads and pens!). The central and practical aspect of the day was the creation of our own “instrument”—instrument being a metaphor employed by the Institute of Calibration as a means by which to gain perspective on artistic research practice. We were thus instructed by the facilitators to draw imagined instruments and were provided with only one parameter, namely, that the instrument would be capable of receiving input and producing output. So (and with images of Leonardo da Vinci swirling in my mind) we crafted, through our drawings, tens of imaginary instruments, each unique and all with the ability to receive input and produce output, be it material or sensory.

A “letter sorter” was devised by one participant, alongside an instrument capable of receiving and expelling water, and another which had the ability to intake both mass and noise and subsequently compute these into a visual output map. I, myself—completely out of my comfort zone and not entirely sure what I was doing—created a pseudo stethoscope-type instrument and later, better comprehending the exercise, came up with an instrument capable of receiving positive thoughts and translating these into a syrupy output which I titled “happiness tea.”  Throughout the course of the day—a day which was interspersed with presentations on hand drawing, architecture, and DIY oscilloscopes—we continued to come back to these instruments, sketching what their output might look like, thinking about the ways in which they might fail, and further fine-tuning their design and function. My attempt at a fine-tuned instrument.

These presentations and exercises, though not directly related to Making Clinical Sense, have, in the weeks since the symposium, provided me with some titbits to ponder over at the outset of our project. Firstly, the process of creating an imagined instrument, crafting its function and, in particular, its input and output, has afforded me space to consider, in a more creative way, potential lines of inquiry within my own research. That is, I ask myself, what are the corresponding input, output, and instrument categories within my project? What input, so to speak, will I be receiving when I arrive at Semmelweis, and what output do I anticipate or am I striving for? Moreover, what instrument(s) will I be using to make this conversion?

For me, drawing an instrument to represent this process can serve as an alternative way to conceptualise of my impending ethnographic practice, particularly when, at times, faced with the stagnation of language. Beyond this, Drawing Instruments has caused me to question and experiment with the utilisation of drawing as an ethnographic method. Here, drawing may be seen as a practice which not only considers the artist as a research instrument, but the anthropologist too—that is, drawing may be a different way to conceive of oneself as a sensitive research instrument. Drawing becomes not only a way to represent observed and interpreted reality, but is understood as an action, a way of working with and learning alongside the interlocutors of one’s research. Toying with these ideas I find myself beginning to delve deeper—that is, engaging with another methodological arena—into what it means to consider myself as a research instrument, a specifically important (and exciting) task at the outset of any ethnographic research project.