LONDON, October 24th 2017 – On a beautiful autumn day, in a gorgeous room at Imperial College lined with (from what I could tell, mostly male) painted portraits, a group of extraordinary people gathered who had one thing in common: they were all intrigued by their own and by others’ skills as embodied knowers and makers.

The group was assembled by surgeon, GP, educator and scholar Roger Kneebone and his research team, as part of their work at the Imperial College Centre for Engagement and Simulation Science (ICCESS). The one day symposium, entitled The Art of Performing Science: Analogies across Disciplines, aimed to support researchers in building collaborative networks, with the goal to “foster interaction with experts outside science and medicine to trigger new scientific thinking through collaboration”. 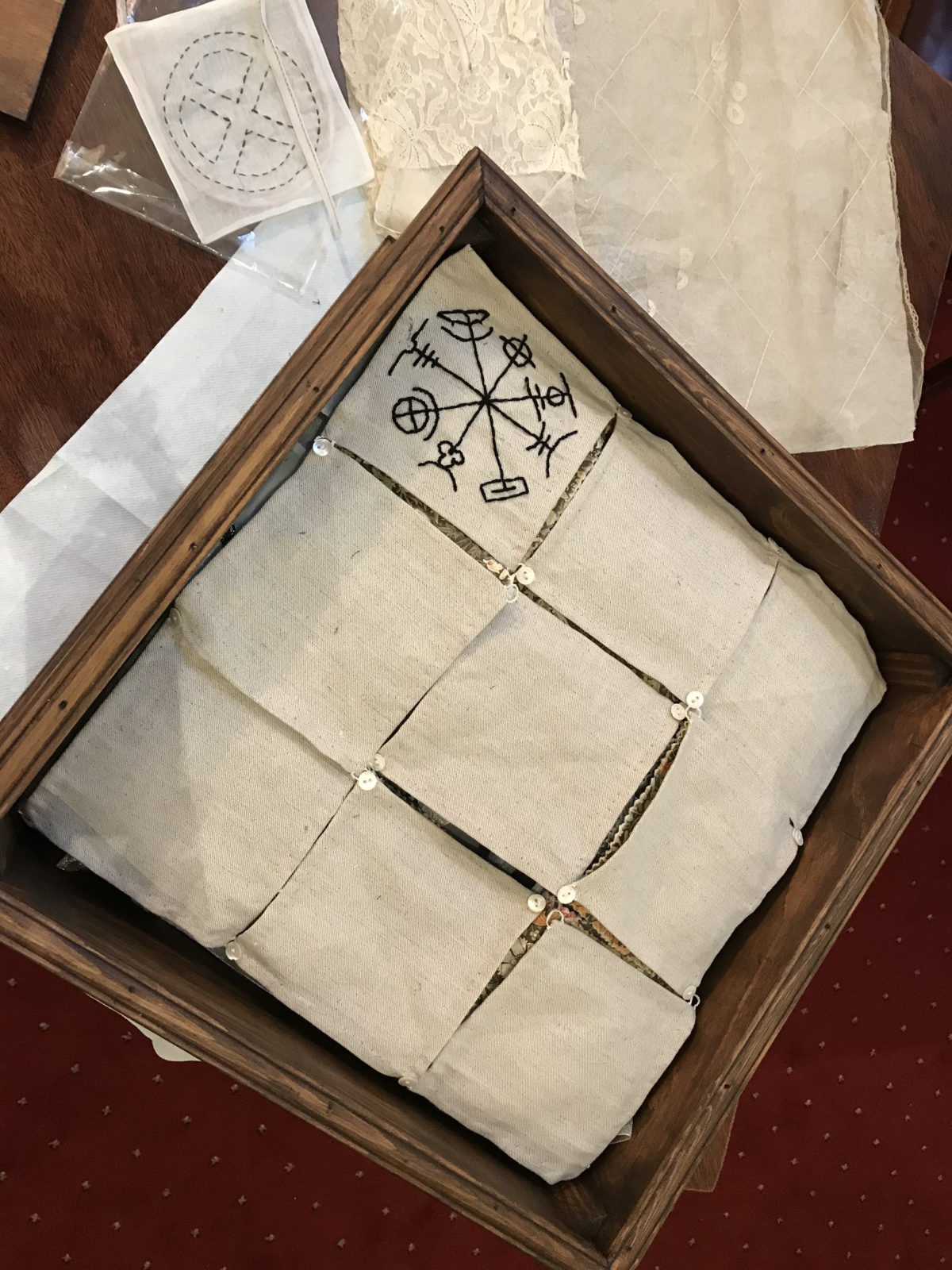 The program started with a conversation between an embroider and a surgeon, facilitated by Roger Kneebone. This alone was worth the trip to London for me. Having embroidered medical and botanical objects into old linens for years as gifts, I was enthralled by how Fleur Oakes, who holds the marvellous (and totally enviable) title of “embroider in residence” at a vascular surgery department in London, translated her ethnographic observations of surgical theatres into a fabric body (see above and below, complete with tattoo). 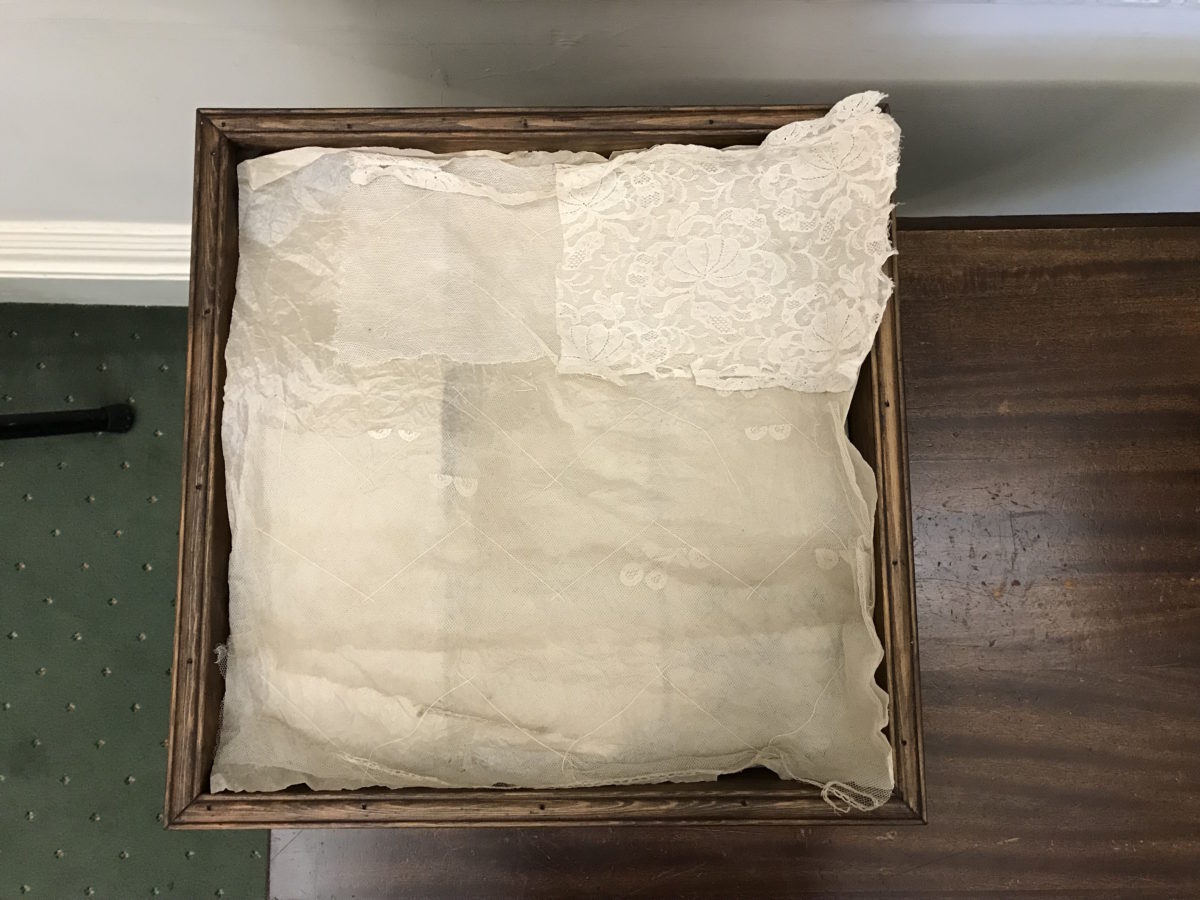 This anthropological approach to surgery recalled for me the work of Barbara Hepworth, Bill Viola and Ian McEwan that I have previously explored in my article “The artist as surgical ethnographer: participant observers outside the social sciences“. I was intrigued by how Fleur Oakes may have taken fieldnotes in the theatre, in order to make her creations. What kind of sketches did she do while observing? How did she make traces of textures and colours? This topic was not explicitly explored in the workshop but returned again in other conversations, such as with the restorer at the V&A who made notes about her broken objects and the tailor that found other ways of recording movement beyond measurements. How do these craftspeople document their observations and what can we learn from that when doing sensory ethnography?

The fabric body was also inspiring for another reason, for it was a material manifestation of Fleur’s fieldwork that was not verbal, not directly representational. It was completely tactile and analogous. As semiotician Gunther Kress, the leading scholar on multimodality, pointed out in some closing remarks and reflections at the end of the day, this fabric body was a wonderful realisation of the multimodal ways in which we need to work, of an alternate sensory lexicon, required for dealing with embodied knowing, and communication in a contemporary world.

There were many other fascinating conversations facilitated by Roger Kneebone, between anaesthetist and tailor, chef and microbiologist, as well as several smaller group conversations where participants talked with their favourite instruments and other objects they brought along. You can read more about Professor Kneebone’s approach to collaborations of these kinds in a recent article in Nature.

The event was filmed by the filmmaker Paul Craddock of SmartDocs, so look out for that, and in the meantime, enjoy some of his other films on craft, embodied knowledge and collaboration on his website too.