MAASTRICHT, July 2020 – During the first quarantine of 2020, our research team, like most, found lots of ways to stay in touch – email, Skype, WhatsApp, phone calls, and also, as we shared in previous posts, postcards. We also found other ways to experiment in the post, and played a few games of exquisite corpse too. 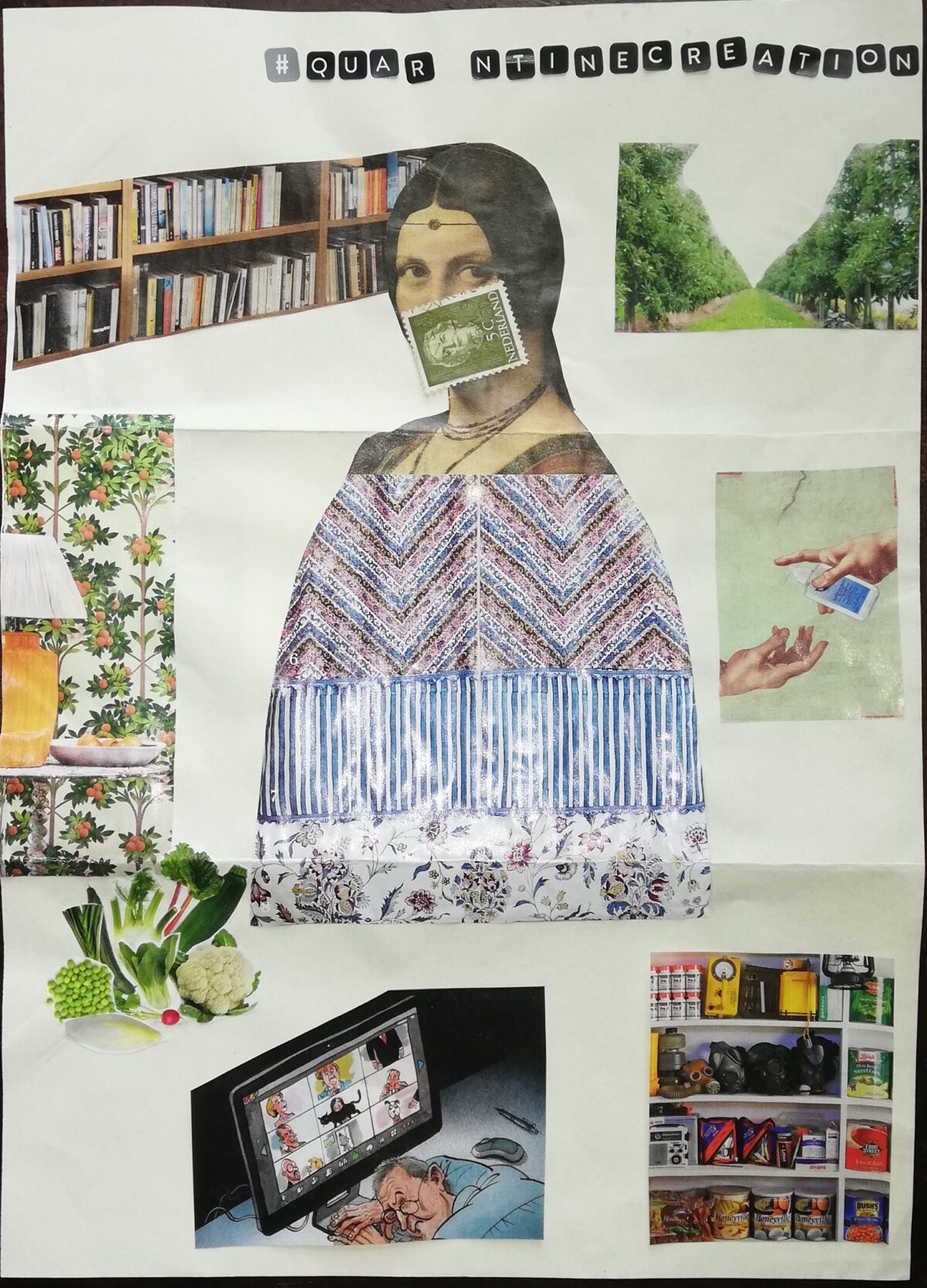 The game is simple, invented by the surrealists, where someone will receive a bit of an image or text, and without seeing the whole of what others have done previously, will make their own extension. The surrealists used words but also collage, which is what we played with in our correspondence, using whatever we had at home – magazines, newspapers or catalogues for example. Above is one of our final creations, which we made around the theme of “writing at home”.

Behind these postal works, and the exquisite corpse idea, is a notion of passing things on to each other – inspiration, a thread – which is a gift for the other to take up and work with. This seems like a good approach to academic work more generally – to leave an article with a concept, a loose thread, an idea or an artifact, that then the next writer takes up.

Others have experimented with the exquisite corpse as a form of collaborative academic creative writing, although on reflection, authors wonder if the process (which is of interest to the writers) and the product (which is of interest to the readers) become disconnected in these experiments. Below we have pasted another media and form which takes up this idea of a passed on gift, a gift from this post, the marvellous video from the Nederlands Dans Theatre called #quarantinecreation.