MAASTRICHT, October 2019—Choreographer Katja Heitmann and ten dancers worked for six weeks to process daily donations of bodily movement and perform them in the exhibition ‘Museum Motus Mori’, which ran from 13 September to 27 October 2019 at Marres, House for Contemporary Culture, in Maastricht. Donations took the form of interviews with dancers. My own donation prompted me to think about how researchers use interviews to study the body. 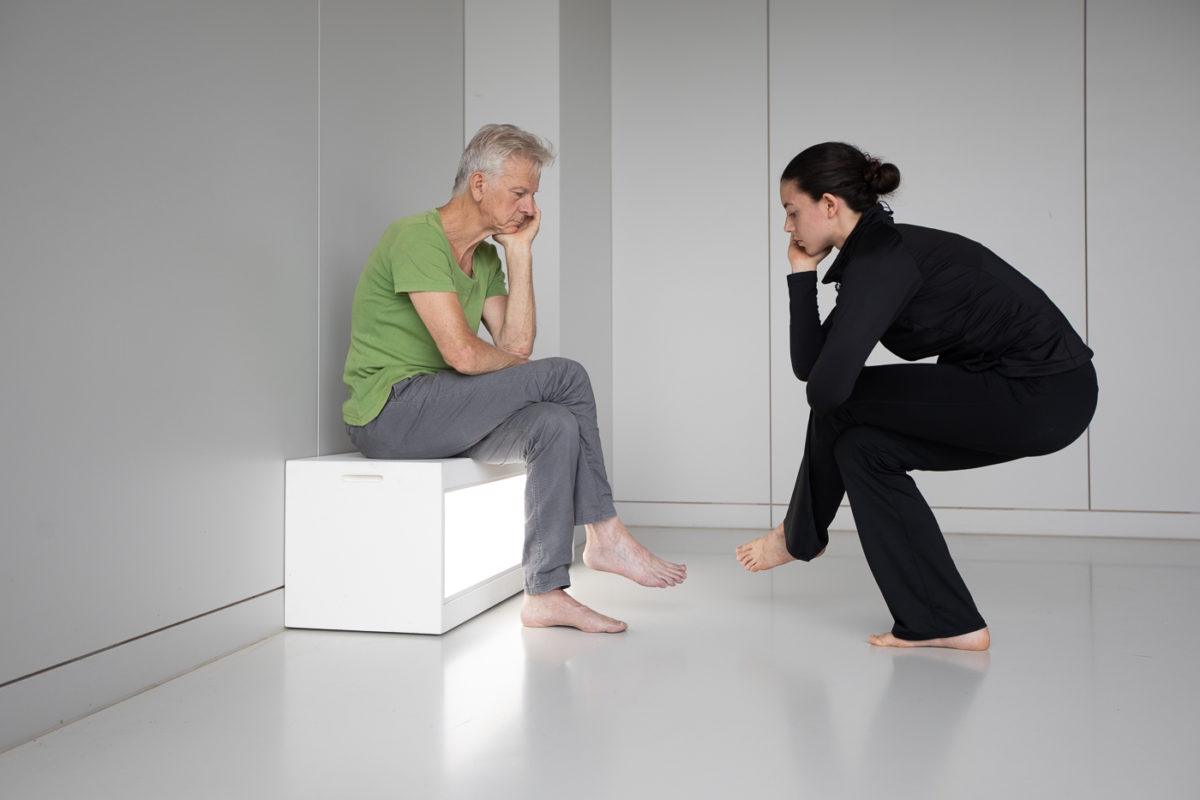 The title of the exhibition roughly translates to ‘death of movement’ and speaks to movement’s ephemeral nature, but the exhibition’s creator, choreographer Katja Heitmann, aimed to preserve and display unique but simultaneously mundane bodily motions of individuals by creating a corporeal archive in dancers’ bodies.

Museum Motus Mori shares some commonalities with the Making Clinical Sense project. Like the dancers performing in the exhibition, we have also had to find ways to jog the bodily memories of our research participants. It’s not as simple as it may sound. Try for yourself to recall the feel of a childhood couch, the smell of your favourite meal, or – in line with exhibition – a parent’s typical gestures. In truth, the process of donating my movement to the exhibition via interview felt quite familiar, aside from my role reversal as interviewee, but there was one thing that was strikingly different from the majority of interviews I have conducted – the use of space.

The interview took place across two rooms open to one another via large, square archways. The effect was more or less one large space, which was mostly empty apart from some benches along the walls, which were for spectators as much as for us to use during the interview, and a few blocks that could be easily moved around for sitting or climbing. There were no tables and no typical chairs. But this kind of sterilized and empty space in conjunction with the dancer’s questions and enthusiasm did invite movement. There was room to walk or even run (briefly), sit with legs splayed, or stretch out on the ground. Had I been a child, I may have resorted to rolling wildly across the floor, unimpeded by furniture.

As the Making Clinical Sense project progresses, Rachel Allison and John Nott have a growing interest in the relation between space and sensory education. People, objects, buildings, smells, sounds, textures, colours, and movements work together to create atmospheres, in the figurative and affectual sense of the word (see e.g., Sumartojo and Pink 2018), and delimit the kinds of activities and interactions possible in a given space. Donating my movement to Museum Motus Mori was a reminder that atmospheres also envelop interviews, and that two chairs facing one another might not create an atmosphere most conducive to exploring questions about the body. 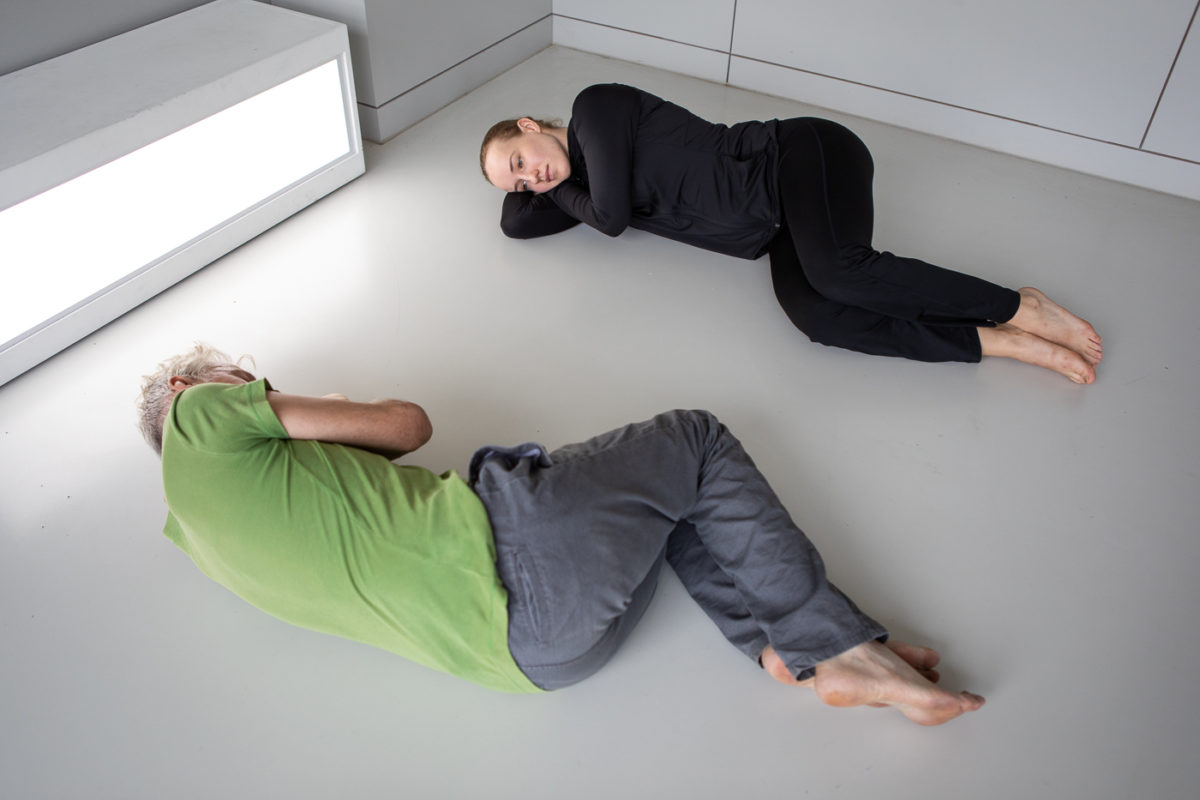 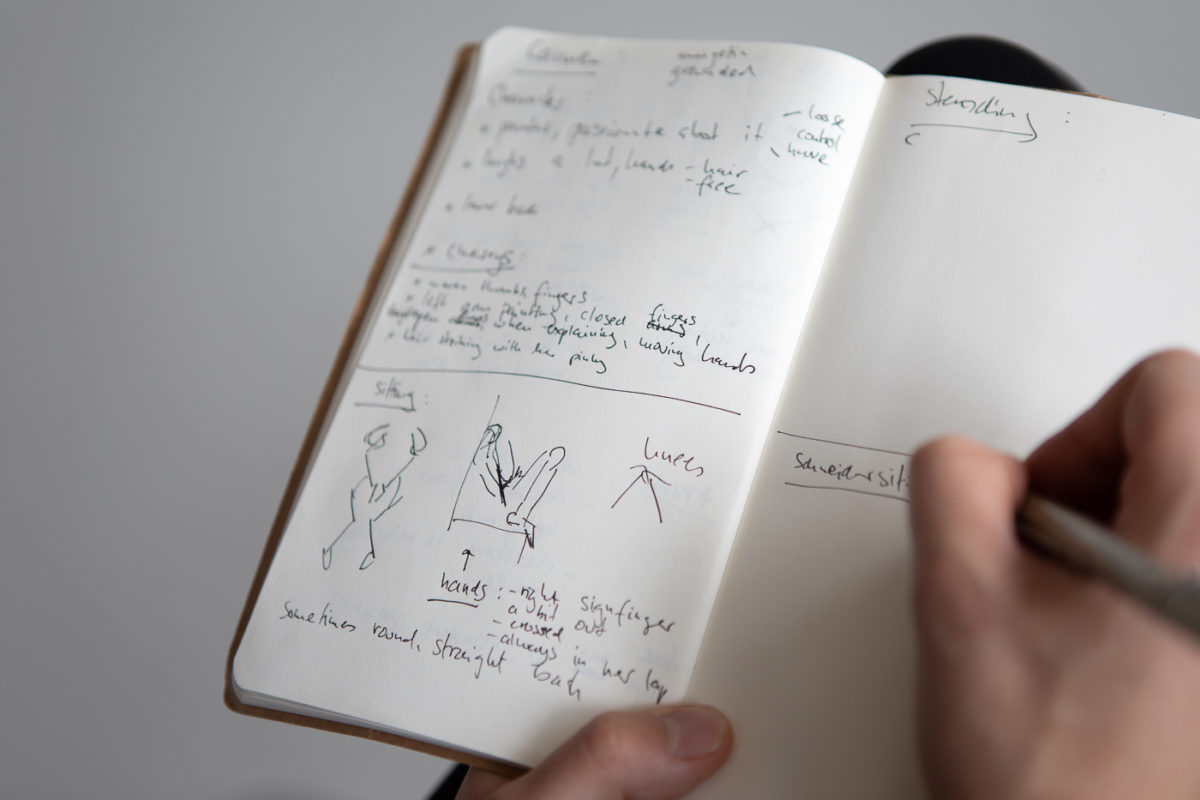