Postcards carry one world into another, just like ethnography (Pandian and McLean 2017). Their layered materiality – the chocolate stains and pen smudges, curled corners, fluorescent barcodes, spots faded from sun-exposure, and, of course, the stamps – carry traces not only of trips through postboxes, sorting machines and airplanes but also of other, imagined worlds. 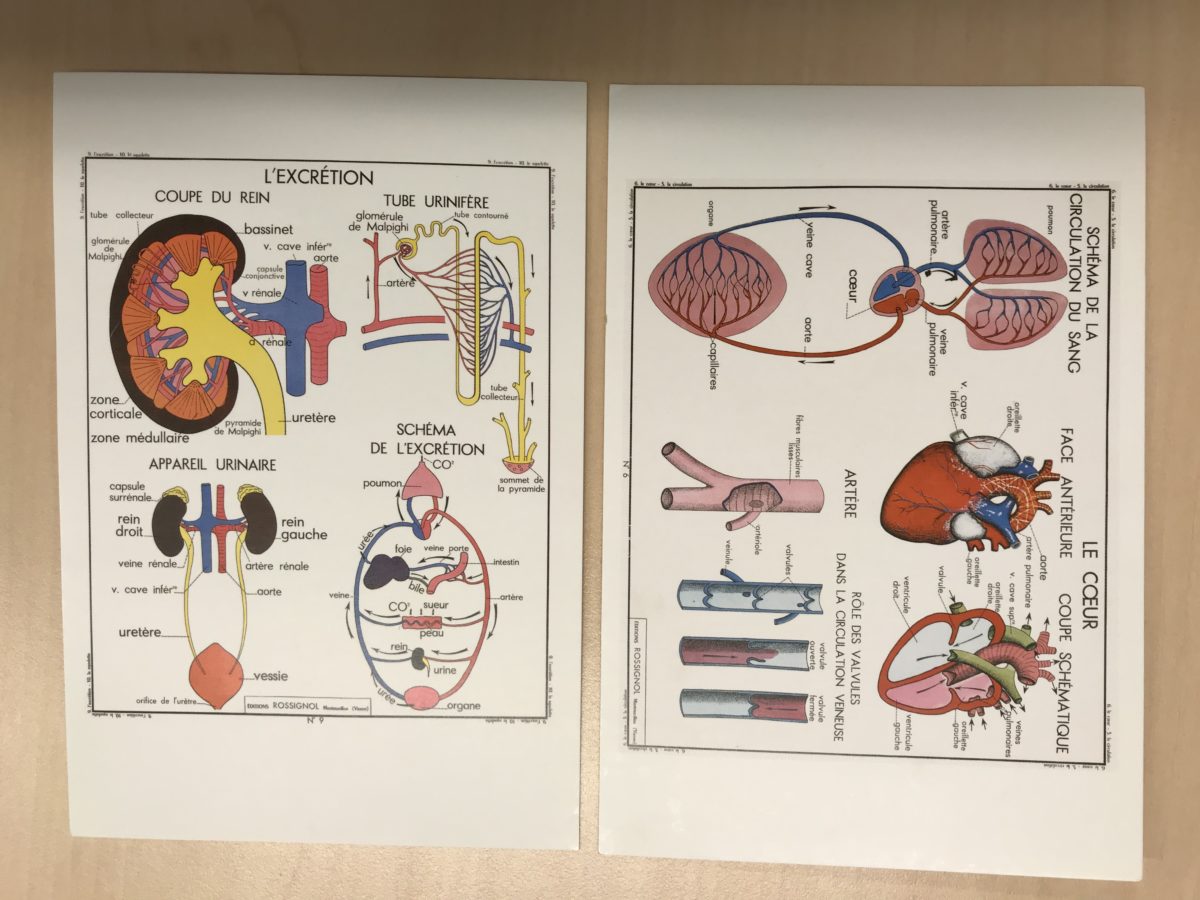 During our fieldwork, we all wrote postcards to each other and other members of their research team. The postcards document observations, ideas, dilemmas, puzzles and everyday happenings. They could only ever be thumbnail sketches– a moment or thought caught, a question that arose or a short greeting. But as we have learned in our project, from studying how doctors learn physical examination skills, there is a world of information in a thumbnail.

Through this form of “correspondence thinking”, to paraphrase Tim Ingold (2015, p154), our ethnographies are being crafted not only through individual participant observation with medical students and teachers, but also from lines threading across Budapest, Tamale and Maastricht. Ideas that we circulate on the postcards are becoming important themes in our research. Thoughts, reread weeks later, resonate with our current fieldwork in surprising ways.

Postcards are not the only way we correspond as a research team – we also use Skype, WhatsApp, email and Google Docs. However there is something particularly direct and sensuous about our fieldsites that we can convey in the postcards, in the handwritten vignette. They certainly lack in space for the drawn-out field reflections of the kind that Allaine Cerwonka and Liisa Malkki (2007) engaged in, nonetheless, the postcards help facilitate “an immersion into the ethnographic imaginations of others in [our] team” (Harris, Wojcik and Allison, under review).

Unlike in the best-selling postcard romance from the 1990s, Griffin and Sabine, where the postcard writers seem to exist in parallel and never crossing realities, we all have gathered together again in Maastricht, where our research is based. We bring our own fieldwork to the conversation, but they will not be completely new places, for we have had each other’s postcards on our desks and noticeboards, thumbnails and sketches of these other worlds.

Cerwonka, A and Malkki, L (2007) Improvising Theory: Process and Temporality in Ethnographic Fieldwork . Chicago and London, University of Chicago Press.