A soothing antidote to video meetings, we also communicate in our team with postcards. This is something we started during fieldwork (more in our post here, and also in a forthcoming American Anthropologist piece), the sensory and material pleasures of postcards offer us a way of keeping in touch when distantly apart, either in different cities or now, most of us in the same city. Refreshing for not being a screen, the postcards are also a way for us to revisit past holidays, as we sort through and find cards to send, and imagine holidays we might take one day in the future too. 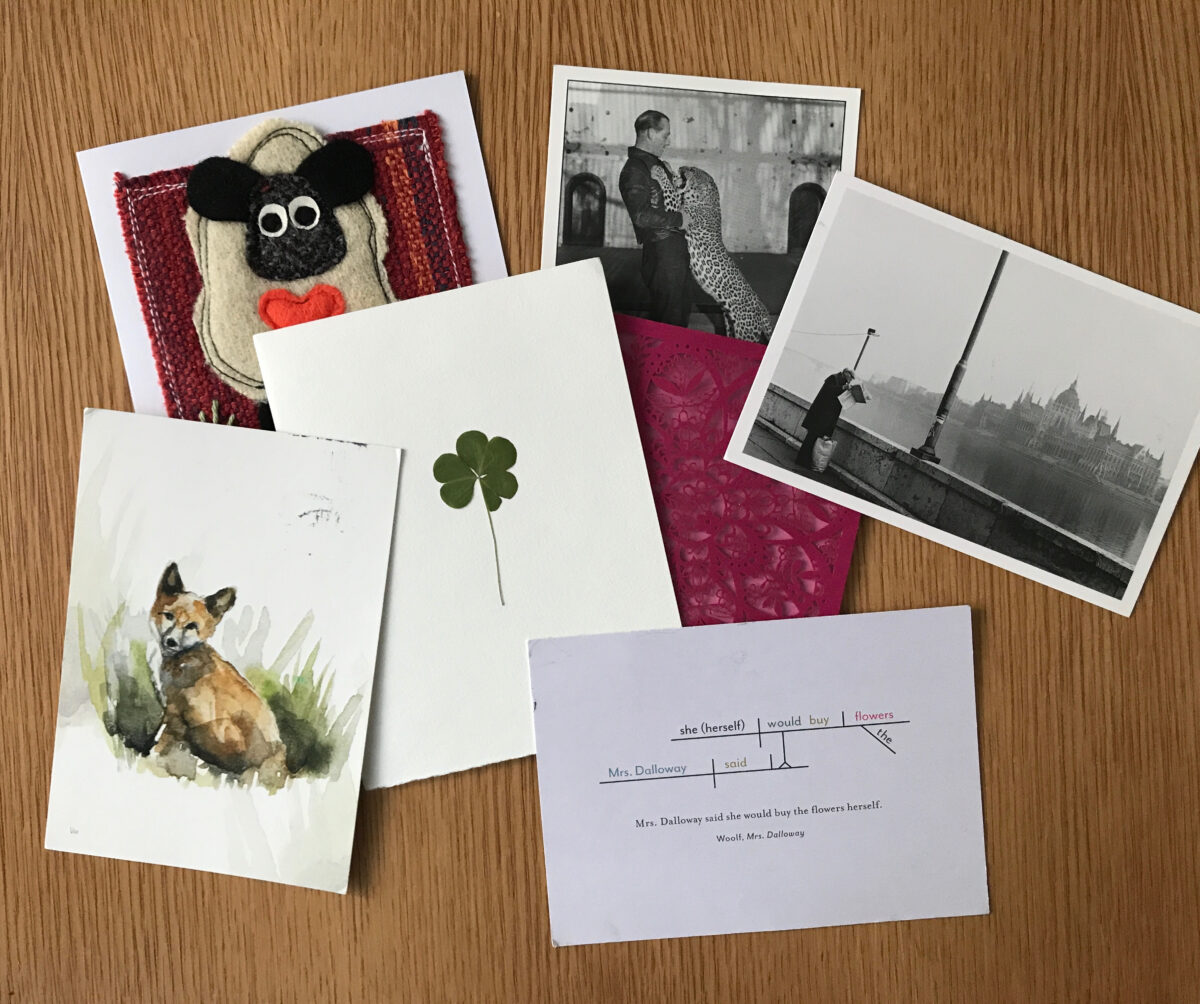 Some MCS correspondence Anna has received during quarantine

In a previous logbook post we mentioned the Auzoux workshops, which made papier mache anatomical models. Here is a postcard from this handcrafted past.

Image of Auzoux studios from Wikimedia, used under the Creative Commons lisence. Other image my own.