A couple of weeks ago, I was in Durham for a short workshop on the ‘Body and the Built Environment.’  This was an interesting meeting which covered a range of disciplines, including literary studies, medical history and the history of art. I took the opportunity to present a paper on the relationship between the material construction of the medical school and the various biomedical constructions of ‘the body.’

In this paper, I suggested that a theoretical approach to such questions might be achieved by combining ideas drawn from STS and medical anthropology—for their thorough interrogations of ‘the body’—with those philosophical studies of space and rhythm which often leave the body largely untroubled. I proposed testing these ideas using Semmelweis’s Anatomy Institute, a purpose-built, fin-de-siècle anatomy school which epitomises nineteenth-century anatomy.

The time of its construction, in 1898, was the middle of Hungary’s golden age, with Budapest one of Europe’s great cultural capitals. The Institute’s heavy use of steel and glass mimics the Eiffel-designed Budapest-Nyugati Railway Terminal only a few miles away. Neo-classical elements of its design also instil a dignity which reflects the symmetry of human anatomy. In many respects, however, what goes on underground is much more interesting. The Institute is built, literally from the ground up, around the use of cadavers. In previous centuries and previous places, education by dissection was undermined by the technical problems surrounding the storage of cadavers as well as moral questions regarding their acquisition. In the Institute, by contrast, unclaimed cadavers were readily obtained from the city’s hospitals and processed by novel, industrial means.

Anatomy education at Semmelweis has moved on, although it is one of the last bastions of this dissection-heavy approach to anatomy. The building, however, has remained a constant, which leads to the question; how does the material primacy of cadavers in anatomy education effect student conceptualisations of the body?

Unfortunately, you’ll have to wait for my answer to this question, as I haven’t entirely worked it out yet. I would, however, be very grateful for anyone else’s answer in the meantime. 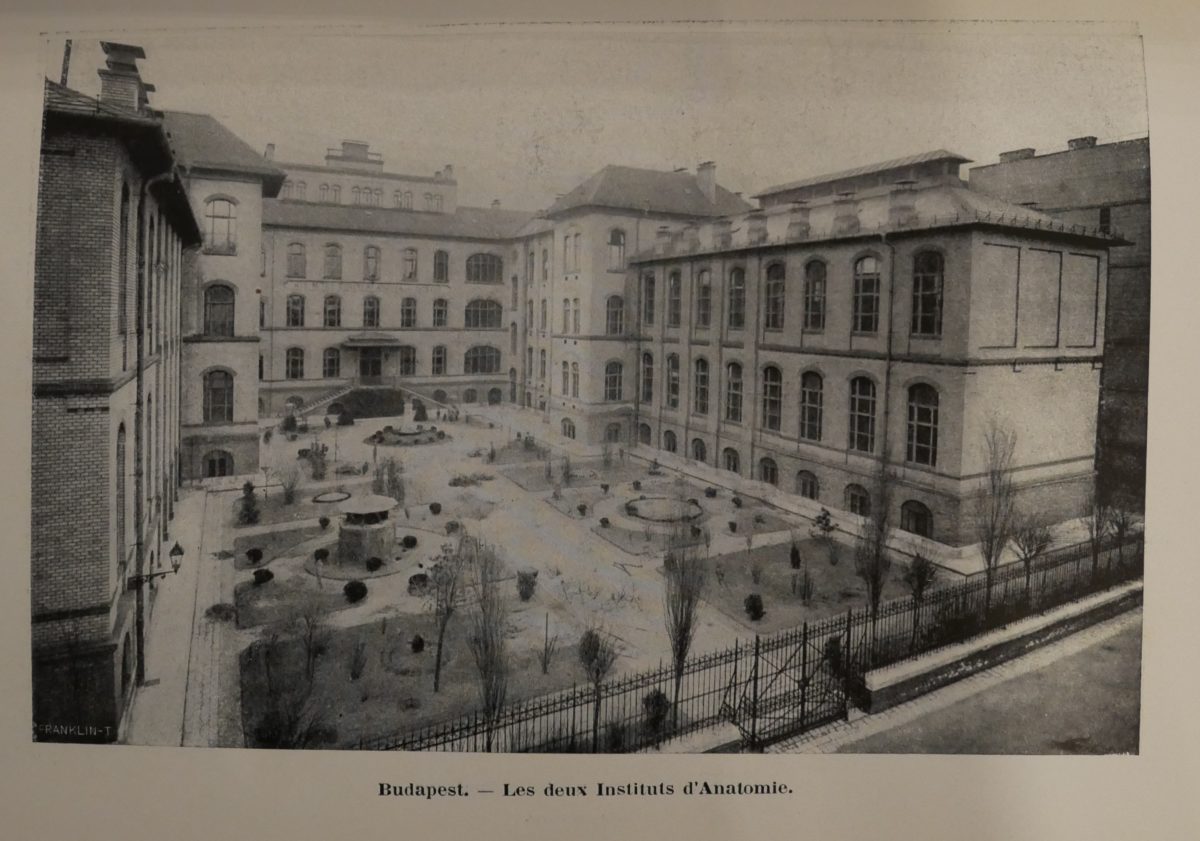