MAASTRICHT, April 27th 2018 – When I was a medical student, they sometimes liked to trick us in exams. There were always rumours of a famous patient on the wards for example, a patient who had dextrocardia, meaning that the apex (i.e. the base) of their heart was on the right, not the left. So if you listened with your stethoscope to hear a particular sound on the left and described what you heard, the examiner would say: Trick, you couldn’t possibly hear the sound there! 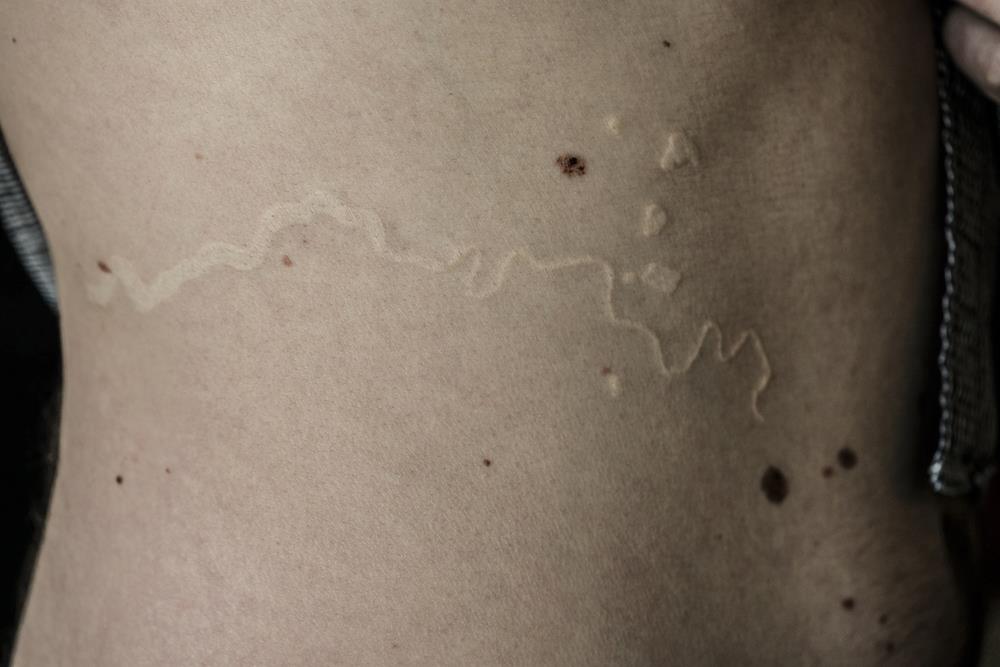 Last month in our local university paper, The Observant, Thomas Fuller (my husband), describes being involved in a similar trick. He has a wonderful white tattoo of the river Thames, which snakes around his torso. Because of how his skin reacted to the white ink, it is raised a little. When he went for a dermatology check up the doctor saw the potential differential diagnosis immediately. For it also looked like it could be a parasite, winding its way under the skin. So one medical student after another was brought in to ask Thomas questions and to try and diagnosis the mysterious marking on the skin. Not one of them guessed it was a tattoo. It was a trick, designed to help hone the students’ skills of observation and diagnosis.

But tricks aren’t always useful. I interviewed one of the teachers in my fieldsite recently who designs the Multiple Choice Exams for the medical students. He said that the aim of the test is not to trick the student, but rather to help them learn. Being tricked doesn’t tell you much about what someone has learned. He designs the questions so that the students are both being examined, and learning something at the same time, through the range of options they have available. We have much more to examine from this interview, but my initial impression was sheer amazement  at how much work went into designing the multiple choice tests, work I completely took for granted (like much of my teaching), when I was a medical student.