John Nott and I met in Tamale during his trip to Ghana for preliminary research. During his time there, we facilitated an interactive methods workshop for School of Medicine and Health Sciences (SMHS) staff at the University for Development Studies (UDS). During the workshop we broadly discussed what insights qualitative methods can offer medical researchers, and then we zoomed in on practical aspects of conducting interviews. 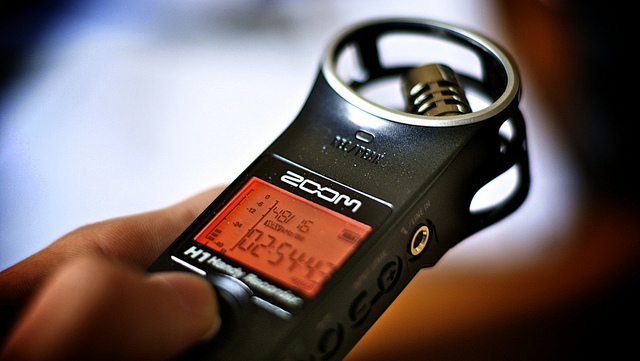 The workshop was an intimate affair with participants coming from a variety of backgrounds. We were a mix of medical specialists, young doctors, a few biochemists, tutors, administrative staff, and quantitative and qualitative researchers. While a few participants used the workshop as an opportunity to explore qualitative methods for the first time, most participants had conducted interviews in some fashion, whether to take a patient’s medical history or to generate research, and as such were able to draw on a variety of experiences to inform discussions.

John and I divided the workshop into roughly two parts. We began with a discussion of the potential value of qualitative methods for medical research. We provided some examples of research which has inspired us (e.g., that of Margaret Lock, Vinh-Kim Nguyen, and Caroline Bledsoe and Jennifer Johnson-Hanks), and John was able to draw on his experience of researching the history of nutrition in Ghana during his PhD to briefly highlight the shortcomings of national surveys and the possibilities of using mixed methods.

After this, we bowed out of the limelight and asked participants to conduct their own interviews in a role playing activity. They were divided in groups of three or four, and each group had an interviewer, an interviewee, and at least one observer. We instructed them to choose their own interview topics, invent characters, and play with format (e.g., structured or semi-structured); the goal was not per se to conduct “the best” interview, but to experiment with the setup. 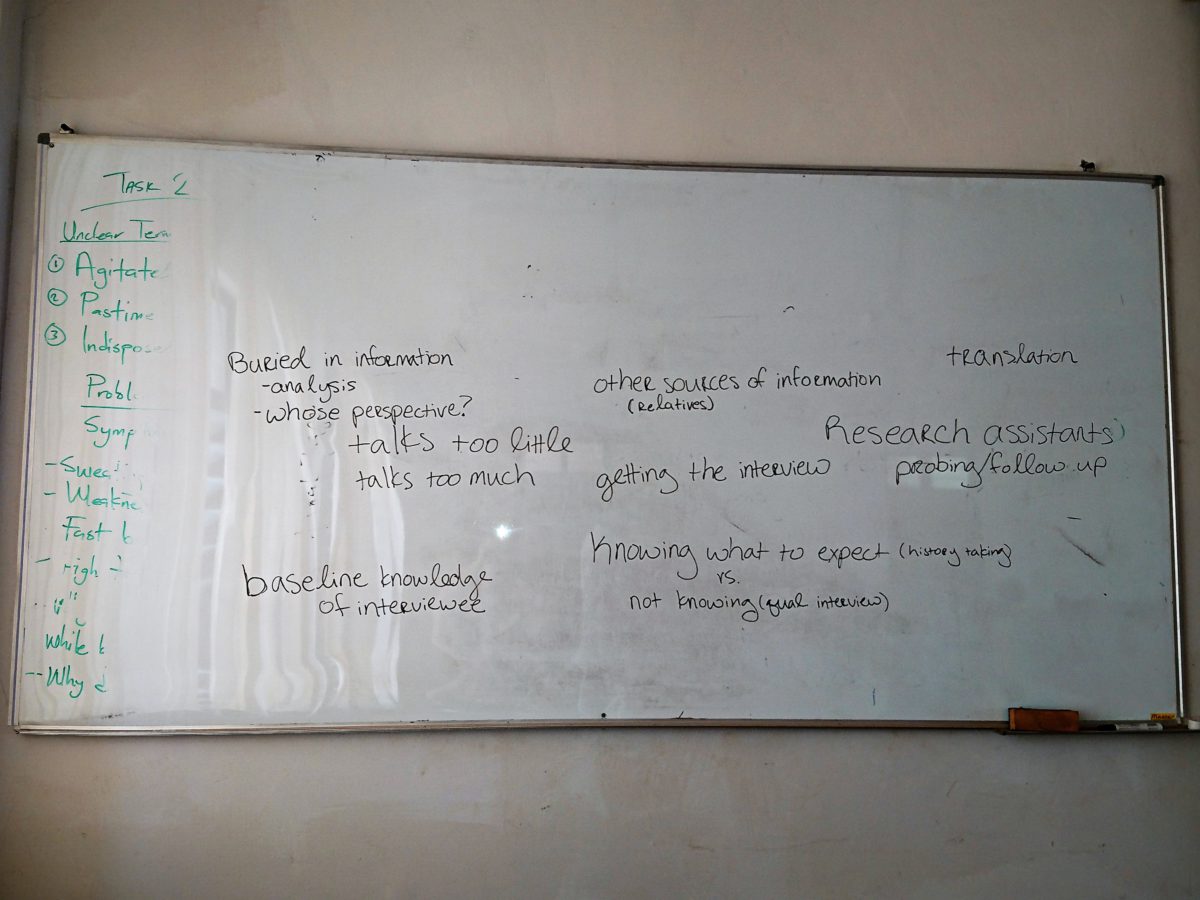 Upon reconvening, the groups drew on their experiences of doing the activity to inform the closing discussion. Together we touched on a variety of topics ranging from some of the difficulties and ethical dilemmas associated with conducting interviews to general tips for good practice, which John recorded for distribution later via email.

We thank those who attended the workshop and shared their experiences of interviewing with us as well as SMHS for allowing us to facilitate the workshop. We must as well extend our gratitude to the European Research Council for funding the ‘Making Clinical Sense’ research project, of which this workshop is a part.