MAASTRICHT, 26th June – 30th June 2017 – There has been a lot of interest recently in training the observational (mostly visual) skills of medical students, often within the remit of medical humanities. This often occurs through  art classes for medical students, where medical students are trained to look at paintings in new ways, with the theory that better observational skills improves diagnostic ability as well as empathy. Recently, I published an article called Medical Education of Attention with Eleanor Flynn, a colleague and collaborator of mine in Melbourne, which urged for an extension of this approach, suggesting that diagnostic skills can be better developed through training exercises that attend to sensory experience more broadly. We argued for a series of practical workshops for medical students that focused on their skills in attention and sensory awareness through a curriculum of hands-on activities that could be developed and articulated into the existing curriculum. One of our suggestions was a cooking class. During the week of June 26th, the Making Clinical Sense team had the opportunity to be involved in an event which meant we could explore precisely this possibility. 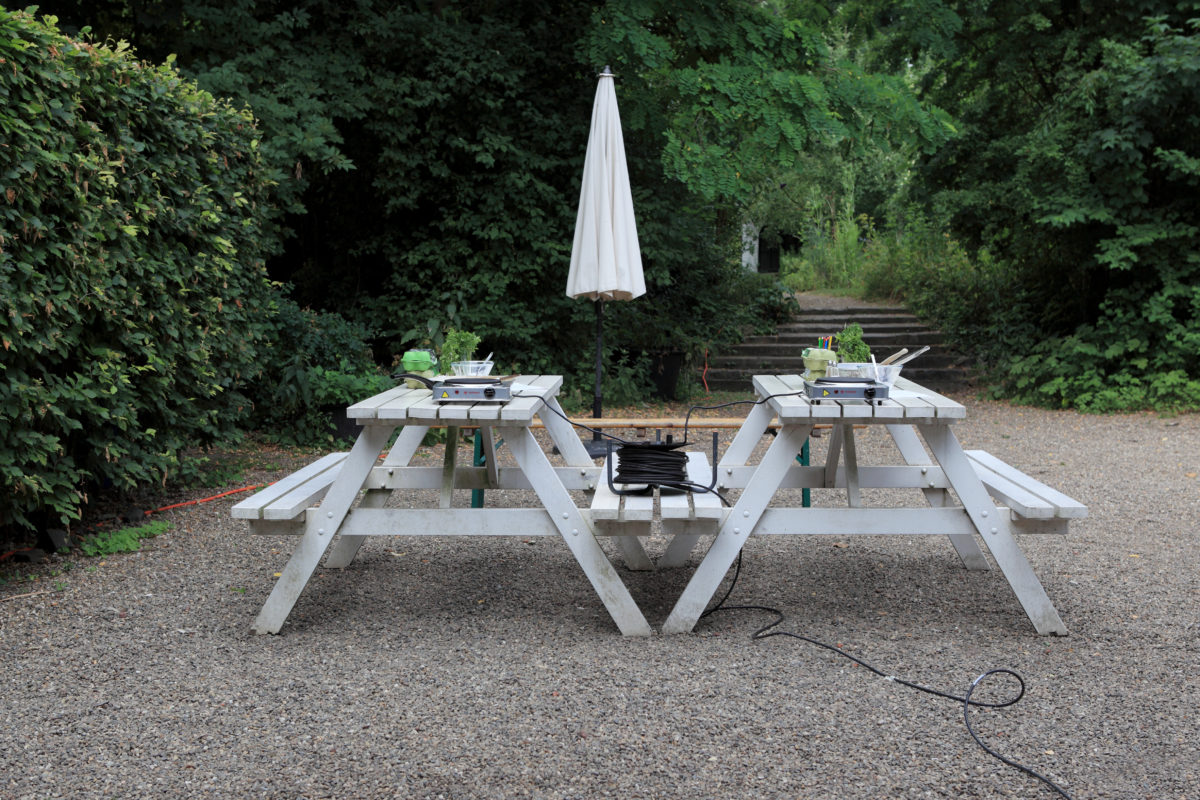 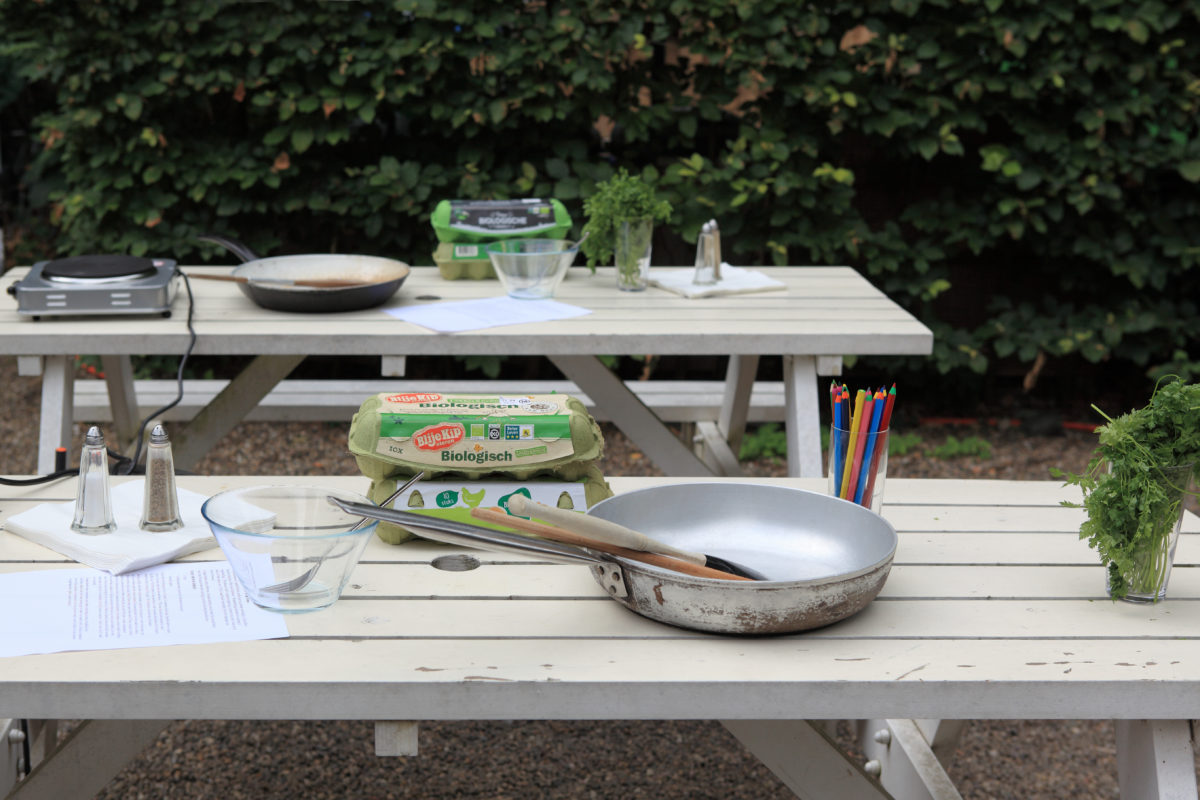 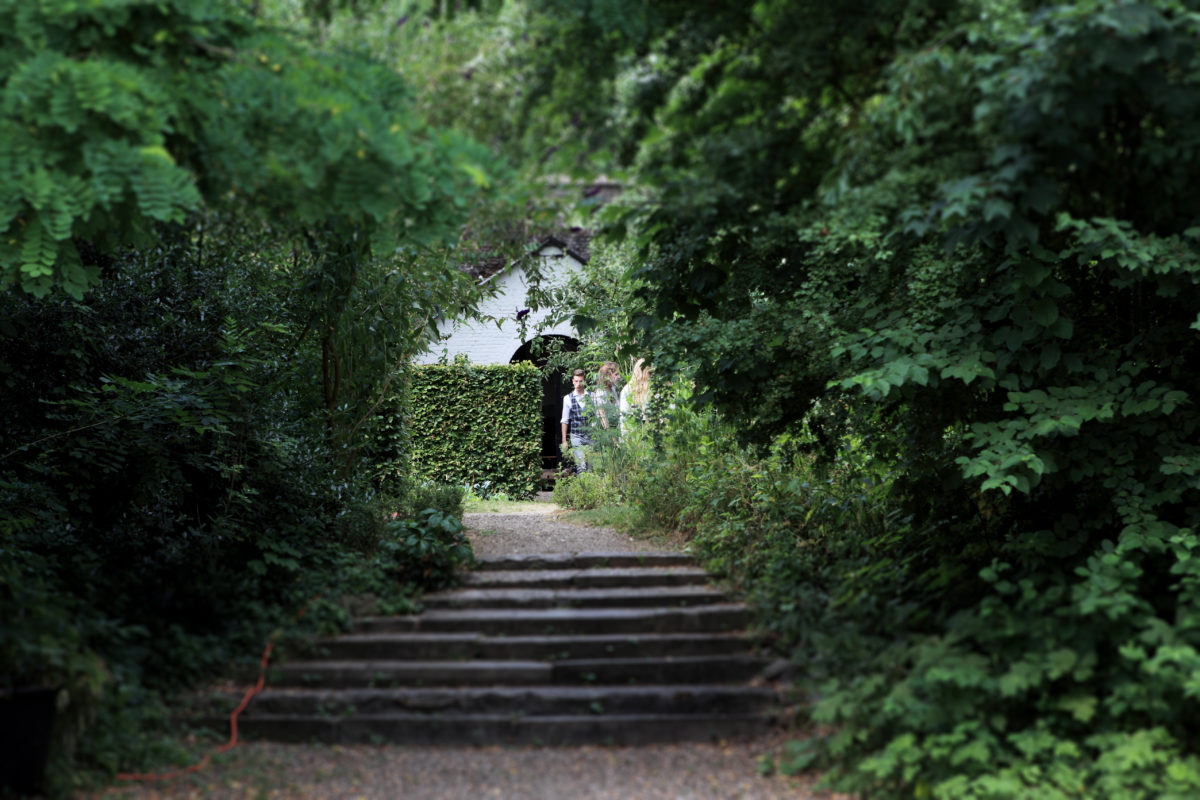 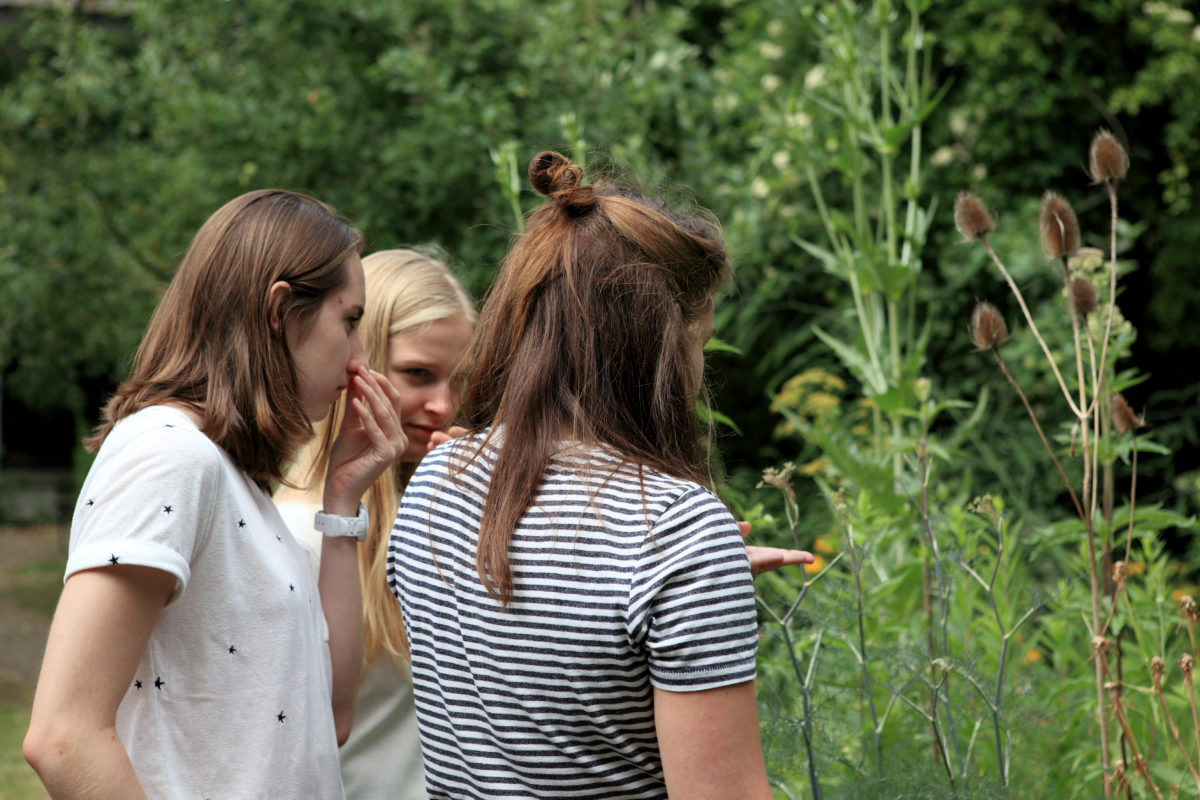 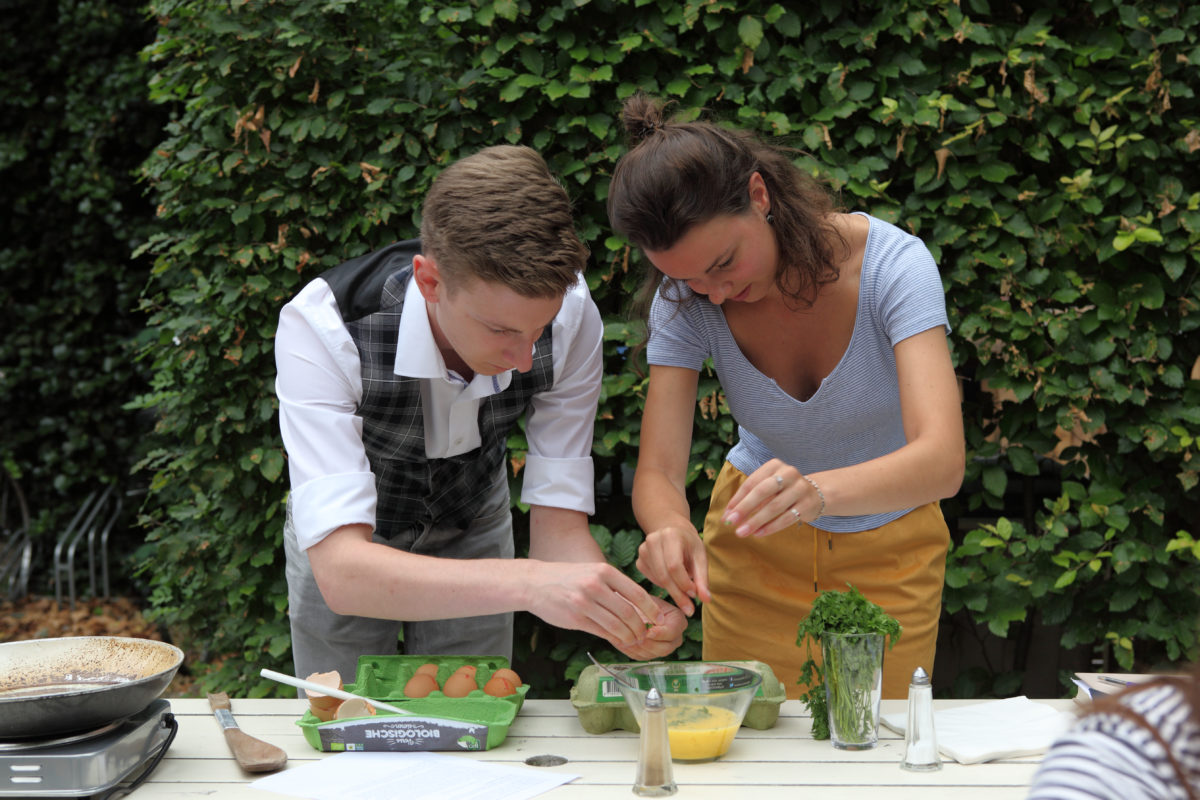 All photos of Marres omelette experiment by Romy Finke, artist and photographer, Maastricht, used with permission from the artist and students.

The event was an elective for medical students at Maastricht University. The elective, initiated by the Art and Heritage Committee at Maastricht University, ran for some weeks across a number of art institutions in Maastricht. We were involved for the week which was organised in collaboration with Marres House for Contemporary Culture and the Skills Lab, at Maastricht University. A particularly exciting aspect of this event was that the students were encouraged to extend beyond the more traditional task of looking at paintings. The exhibition at Marres, which the medical students engaged with during the week, was called The Painted Bird, and involved murals exploring the themes of Europe. Led by arts educator Ilse van Lieshout and director Valentijn Byvanck, students were not only encouraged to look, but also use their other senses in the space, such as movement, through a number of moving exercises, or touch, through examination of various objects. Students also drew maps of the spaces based on their experiences.

We contributed with an exercise designed to train the students’ skills of observation, through following a recipe of how to make an omelette, exploring not only how to read and interpret a recipe, and observe, with their senses, the cooking process, but also what it meant to observe others’ cooking. While one half of the class cooked, the other half were taking fieldnotes, writing or drawing about that they were seeing, hearing, smelling in front of them. Later in the week the students went to the Skills Lab, and during some sessions led by Femke Jongen, Laura Navarro, Valentijn Byvanck and Ilse van Lieshout, conducted experiments in sensing each other’s bodies, based on their insights from their time at Marres.

During these exercises, the students were invited to attend to differences (in sounds, sight, taste, smell, texture, movement etc.), to guide them to noticing aspects of their body, materials, their environment, they might otherwise not notice, to find ways to articulate these experiences and to reflect on the skills of observation and attentiveness to those observations that are required for their work as doctors. It was wonderful to be involved in this pilot program in Maastricht, a program which, as Eleanor and I argued for in our paper, reinforced the importance of attending to attentiveness when teaching medical students physical examination skills, a quality which is important, and indeed crucial, to their abilities as diagnosticians.