The trees are losing their leaves, the clock has changed and the sun sets already around five o’clock.

In these weeks, it is very delightful to think back and remember some of the highlights that happened during summer. For me, one of these highlights was the MCS Writing Retreat in June, which fortunately could take place despite corona with certain measures in place. Andrea, Anna, John, Rachel, Sally and I stayed for four days in the Teaching Hotel Château Bethlehem, where the MCS team had already organised a 1-week Skillshare Workshop in July 2018. The Writing Retreat gave us the opportunity to detach from daily obligations and focus exclusively on our different writing projects.

In the morning hours, everyone worked on their individual pieces, which included activities such as improving an unpublished article, drafting a book proposal or finishing a fieldwork vignette. Before lunch, we exchanged our work in progress and gave each other feedback, while going for a walk through the château garden and passing willow trees, geese and roses.

In the afternoons, we met as a whole group and on two days Harro could also join us. We used these hours to discuss the edited collection by John and Anna. These group discussions were very interactive and included timelines, drawings, tables, and big post-its overviews. Through these different means, we collectively identified the main cross-cutting themes that run throughout the different chapters, which helped to establish a structure for the whole collection.

After these individual and collective work sessions, we enjoyed having communal dinners on the terrace of the château and having the chance to get to know new features of each other, such as what wikipedia article one would feel most comfortable to edit or in which (sometimes very unexpected) places we had worked before joining the MCS project.

Also the board game nights were bonding and represented a possibility to playfully explore how, for example, somebody’s experience of ‘doing a PhD’ could be visualised through Dixit Cards or how the different contributions of the book could be enacted through pantomime. 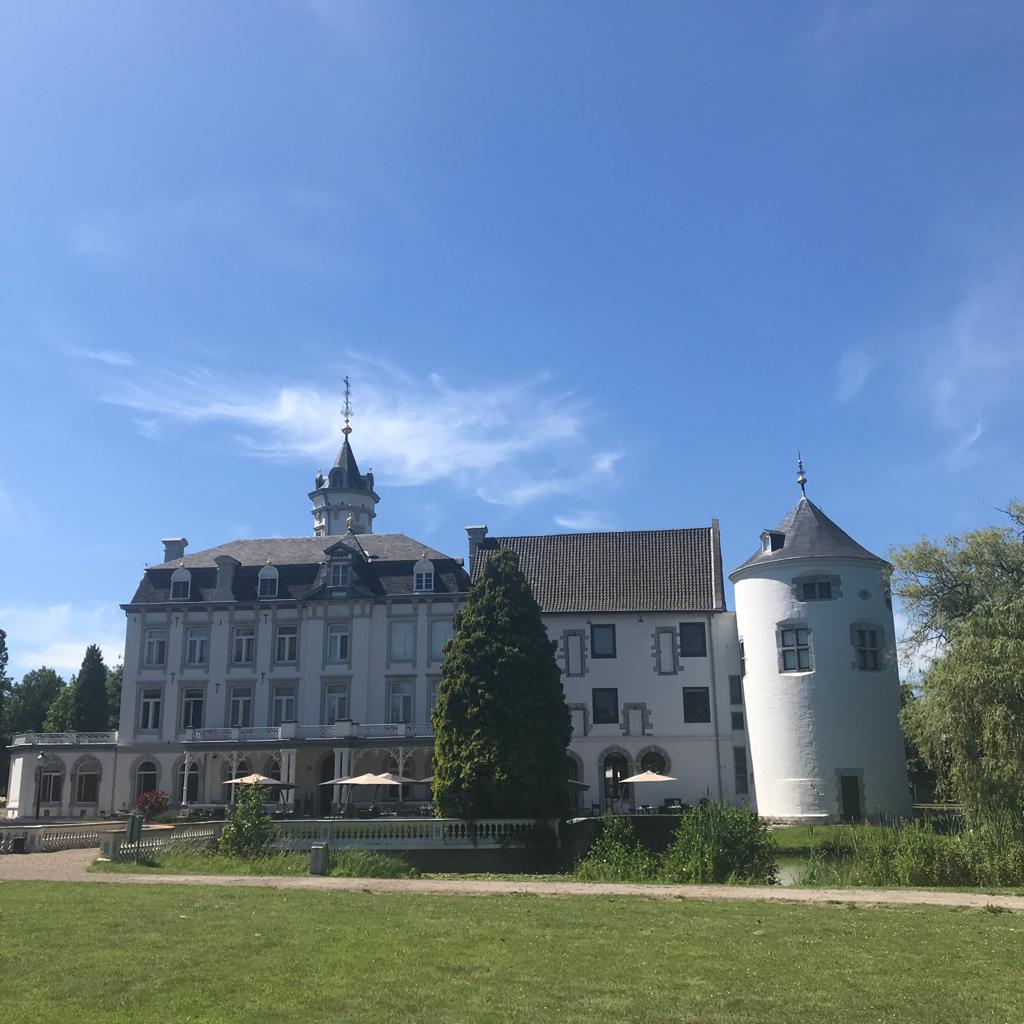 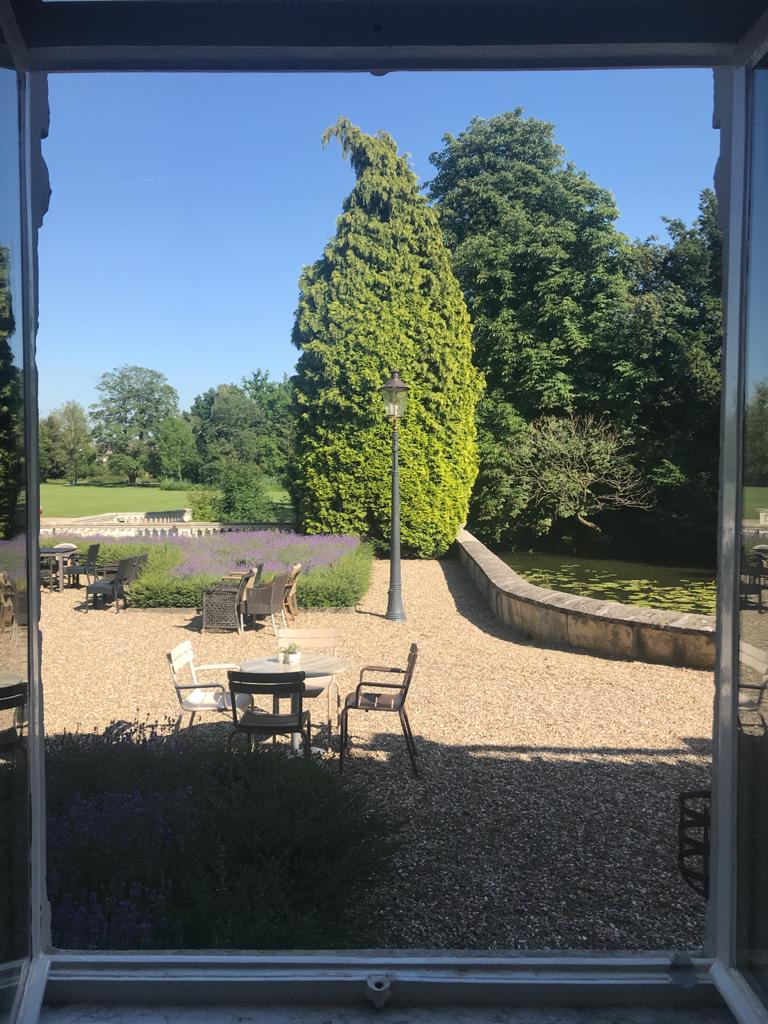 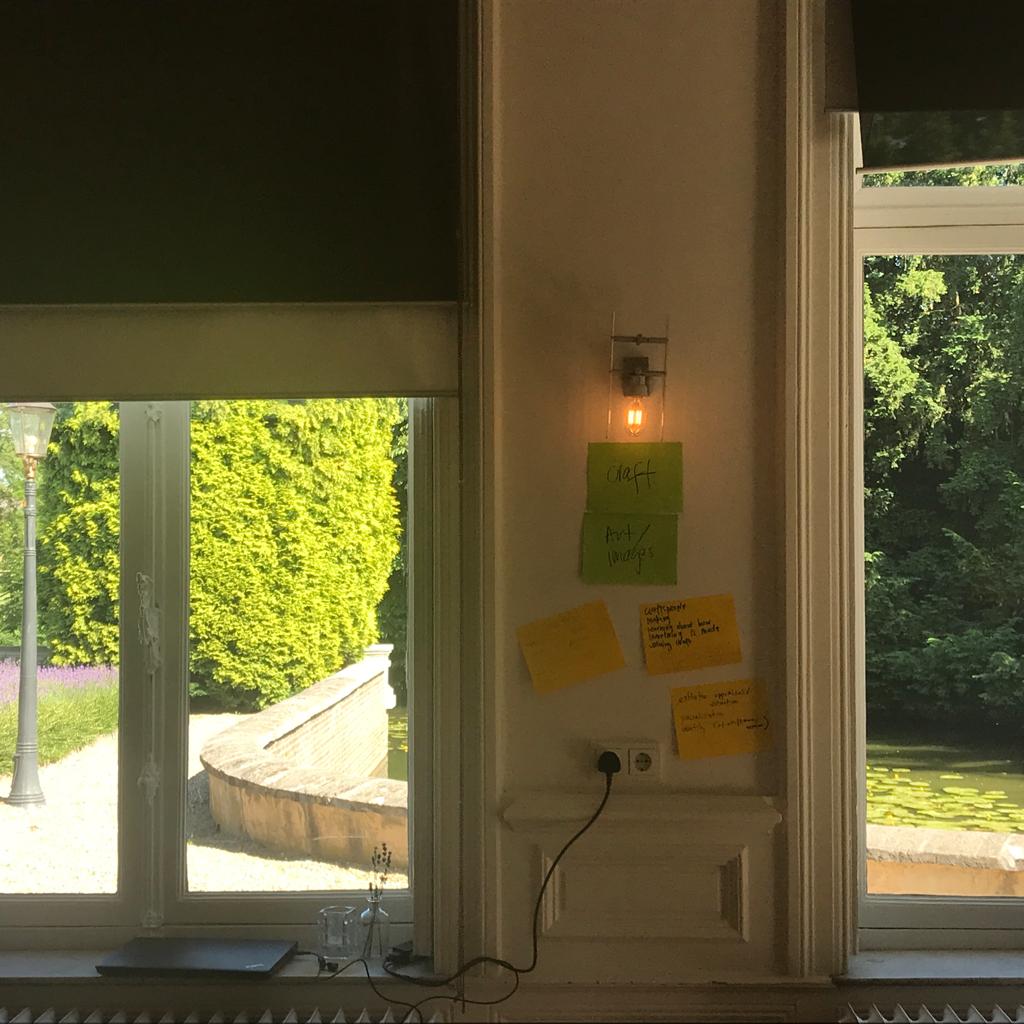